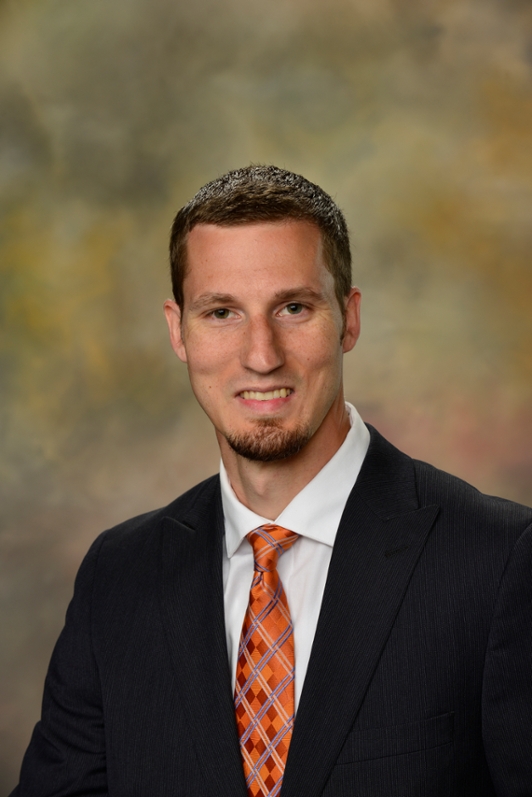 Dr. David Roueche is an Assistant Professor of Civil Engineering at Auburn University, and an Associate Director of the Structural Extreme Events Reconnaissance (StEER) network, funded by the National Science Foundation. His research focuses on improving the performance of low-rise buildings under extreme wind loads, including hurricanes and tornadoes. David has research experience in large-scale experimental testing, numerical simulations and extensive post-disaster field investigations. He has conducted field research in the aftermath of some of the strongest wind events in recent history, including the major US-landfalling hurricanes of 2017, 2018 and 2020 – Harvey (2017), Irma (2017), Maria (2017), Michael (2018), Laura (2020), Sally (2020), Delta (2020) – and fifteen tornadoes. He is using the data captured from these events to develop better models of extreme wind loads and structural response, and ultimately strengthen the resilience of our communities to future events. He was recently awarded a CAREER award from the National Science Foundation to continue his research in this area. David also serves on the Steering Committee of the ASCE/SEI/AMS Standard for Estimating Wind Speeds in Tornadoes and Other Windstorms. David received his doctorate in Structural Engineering from the University of Florida in 2016, and Bachelor of Civil Engineering from the same in 2011. He received a Bachelor of Science in Engineering Physics from Jacksonville University.

Andy is a Principal Structural Engineer in the Middle East built environment team of Aurecon. Originally from Sydney Australia, Andy has spent the last few years in Dubai working on various super-tall and mega-tall buildings in the Middle East and South East Asia.

This has led him to gain valuable insight in wind tunnel testing techniques for the design of tall and complex structures as well as the design of mechanical and liquid sloshing damping devices. His research and development in the time domain wind analysis technique has injected digital innovations to complement well established traditional wind engineering methods currently being employed in the industry.

Harald Richter is a senior research scientist at the Bureau of Meteorology. His research interest spans a variety of aspects of deep moist convection, primarily in the extra-tropics. His viewpoint on convection has become quite operational in nature, having worked as a thunderstorm and radar trainer at the Bureau of Meteorology in Australia between 2004 and 2009. Focal areas of his work in the past have been convective initiation, the diagnosis of Doppler radar signatures and, more recently, the day 1 convective forecast problem.

Recently Harald has been working on an ensemble-based calibrated probabilistic thunderstorm prediction methodology similar to the approach presented by David Bright and co-authors at the Conference on Severe Local Storms in 2005. Additionally he is investigating selected Australian severe thunderstorm case studies with an aim of improving their operational predictability and the associated warning decisions.